2019: Hysacam wins the international tender for the collection, transport and treatment of household waste in the city of Douala

JJuly 2018: Hysacam wins the international tender for the collection, transport and treatment of household waste in the city of Yaoundé

eptember 2017: Launch of activities in Kumba

February 2017: Launch of activities in Bamenda

2014: Inauguration of the Douala Biogas Capture and Treatment Plant - PK 10 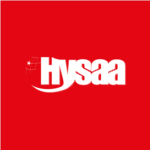 This change of identity was necessary because it responds to the evolving concerns of our company, which, after 43 years, has reached a maturity that allows it to explore broader horizons.

2011: Inauguration of the first Central African Biogas Capture and Treatment Plant from Nkolfoulou to Yaoundé

This Power Plant is a weapon against the reduction of greenhouse gas emissions under the Kyoto Protocol.

To meet the needs of increasingly demanding communities, Hysacam has acquired 125 brand new new trucks to ensure the cleanliness of cities. These 125 trucks toured Cameroon to clean up national roads. More than 5,000 tons of waste were collected.

2009: RENEWAL OF CONTRACTS WITH THE CITIES OF BAFOUSSAM, LIMBE AND KRIBI AND SIGNATURE OF AN A CONTRACT WITH THE CITY OF NDJAMENA

With the signing of the framework agreement with Veolia Environmental Services, another turning point is underway. The company wants to meet this demand for cleanliness and above all raise the quality of service to international standards. With Veolia, CDM projects will benefit from proven expertise. This agreement coincides with the order for 80 new trucks. The company is ready to meet the urban demand for cleanliness and growing environmental requirements and legitimately plans to enter the international market.

The restructuring work undertaken and the information campaigns organized contribute to developing a spirit and culture of cleanliness throughout the country. Several medium-sized cities require a tailor-made cleanliness service. The Government accedes to their request. HYSACAM reaches the streets and neighborhoods of Bafoussam, Limbe and Kribi. With all these cities, the company brings its turnover to nearly nine billion CFA francs, and its workforce to 2,000 people (with adequate remuneration and health insurance to 80%). The demand for cleanliness is spreading to the country and several cities are asking the company to clean up.

With 130 trucks, 14 heavy equipment 4 mechanical sweepers... and 2000 garbage bins, the company collects more than five million people in these cities, or more than three thousand tons of household waste per day.

The company is embarking on, among other things, the establishment of the Development Mechanism in Cameroon. In association with several partners including the Ministry of the Environment, the World Bank, it develops Project Ideas (biogas capture at the Nkolfoulou controlled landfill, composting at the Douala landfill) aimed at reducing greenhouse gases.

Paris, December 05, 2006. Veolia Environmental Services announces the signing of a framework agreement with the private Cameroonian company HYSACAM. This act marks a new beginning for Hygiene and Safety of Cameroon, whose route has not always been a long quiet river.

Through a seminar on the financing of urban cleanliness supported by the Ministry of Urban Development and Housing, HYSACAM encourages cleanliness initiatives and offers trucks free of charge to three municipalities: Tiko, Sangmelima and Dschang.

The restructuring carried out by the team led by Michel Ngapanoun, assisted by a dozen engineers, executives and specialists from various backgrounds, is beginning to bear fruit: resumption of the cleanliness contract in Yaoundé, full coverage of the city of Douala... The number of employees quickly increases to more than 1000 people. The structure also caused a sensation in 2001 by completely renewing its equipment fleet: 90 specialized trucks, including 4 mechanical sweepers and two compactors.

With all these assets, society reaches its cruising speed. More than ever, HYSACAM is asserting itself in the accomplishment of its mission: collection and treatment of solid waste produced by households; cleaning and sweeping of streets, squares and markets and urban engineering with decentralized local authorities.

1979: Opening of the doors in Yaoundé

In 1979, it then established itself in the capital city where it will gradually refine its know-how, establish its reputation, fascinate generations of young city dwellers... Unfortunately, the structure is slowed down in its ardor by the more than gloomy economic context of the late 1980s.

In 1987, precisely, Law No. 87-015 of 15 July 1987 establishing the Urban Communities of Douala and Yaoundé was promulgated. This law entrusts responsibility for the management of household waste to urban borough municipalities, hygiene and health of cities to urban communities. A blur is set in! Initiatives are multiplying. Several companies once specialized in public works are investing, without experience, in the cleanliness sector. As a result, the cities of Yaoundé and Douala are experiencing the worst moments in their history, in terms of household waste collection and collection. "Mountains" of garbage clog roads, clog gutters, cause flooding and endanger the health of populations. The public authorities are becoming aware that cleanliness work requires skills.

In the meantime, HYSACAM has initiated an internal restructuring with the nationalization of executives, awareness and information campaigns whose result will be to position the company on a real launch pad.

AAt the end of the 1960s, Douala, Cameroon's main economic metropolis, was booming. The city authorities quickly understood the need to entrust cleanliness management to professionals. It was in this context that HYSACAM was born in 1969, which was then responsible for ensuring control of the hygiene and health of the city. The company is a subsidiary of the GranJouan Group, a partner of SITA. The company has about ten trucks and 133 employees (including some Western executives) to serve about 500,000 people and achieve its objective of supporting the development of Cameroon's leading metropolis by providing it with a service essential to its harmonious development: cleanliness.The results are quickly felt.

The company will succeed in going beyond summary methods of garbage collection and treatment and establish a solid reputation. It is built around its working methods, staff and equipment: dumpsters for door-to-door collection, roll amplifier for fixed point collection, etc. And it is only logically that the company is entrusted, 10 years later, with the cleaning of the city of Yaoundé.